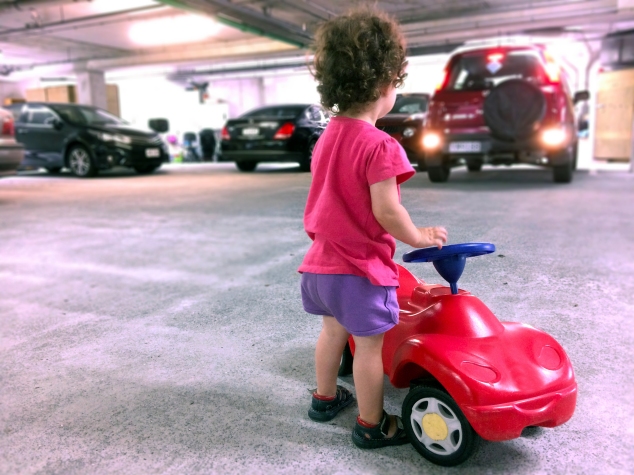 We beg your indulgence. We know we have addressed bad drivers previously, but we have some additional observations. And, we just have to vent…again.

Part of the impetus for this sequel was the newspaper headline shouting: “A man thought female drivers were ‘incompetent’—so he shot them, police say.”  Okay, so a Texas man hates women drivers so much he shot two of them in the arm because he doesn’t believe they should be behind the wheel. He should have looked at the facts.

Apologies to male readers, but the truth is that men get in more car accidents than women.  One study indicates that 80 percent of all auto accidents that kill or seriously injure pedestrians involve male drivers. In fact, men dominate in every traffic violation category.  They are more likely to get cited for reckless driving, driving under the influence, stop signal and seat belt violations, speeding, and failure to yield.  To keep this in perspective, women were issued over 160,000 DUI violations one year.  We obviously are not saints.

Yet, there is good news. Insurance companies have taken note. Car insurance tends to be cheaper for women.

We’ve already groused about bicyclists who believe they are entitled to the right of way, forgetting that, in an accident, they will be the big loser.  We’ve grumbled about people of all ages who text while driving or are on their cell phones.  We love the new products that block teens from sending or receiving texts while driving and also disable other phone features while the car is in motion.

Here’s an interesting twist. By next July, all new electric cars and hybrid models in Europe will have to emit a noise when travelling at low speeds.  The reason? Pedestrians and bicyclists can’t hear them and accident statistics are way up.  Now the fight is over what sort of sound the cars should emit.  Some are suggesting the “white sound” of falling water, which they describe as pleasant and easily identifiable as the source. We love it.  Politicians promoting electric cars as the future support making them noisier.  Who’d a thought??  Guess electric bikes are next.  Till then, check your rearview mirrors.

Speaking of noise, motorcyclists apparently like loud pipes.  Okay, we get it.  They think they’re cool.  Not, however, late at night or racing to pass us in and out of traffic.  That noise out of nowhere can trigger steering wheel jerks that lead to accidents.  Again, that’s why we refer to motorcyclists as organ donors.

What we really want to bellyache about is parking lots.  They are home to lots of activity in a relatively small amount of space—kids, moms, seniors, shopping carts, cars, and more cars.  Parking lots are danger zones.  Really…danger zones!

Parking lots give us a false sense of security because we expect traffic to move slowly.  Forget throwing caution to the wind!  Rather, think of parking lots as demolition derbies. Cars speed through looking for a spot. And often go the wrong way.

Crashes occurring in parking lots and garage structures result in over 500 deaths and more than 60,000 injuries each year. And, around the holidays, parking lots become even more dangerous.  A staggering one of every five motor vehicle accidents takes place in a parking lot. Even sadder, over a fifth of accidents involving children between ages five and nine are caused by drivers who fail to see the kids while backing up.  Yikes!

What is worse than returning to your car with groceries to find a truck on one side and a full-sized SUV on the other.  Talk about difficulty exiting your parking spot!  Backup cameras aren’t helpful until your tail is way out there.  Ooops!  Too late.

Our wrinkled wisdom for today:  Whenever possible, drive through the first parking spot to the second so you don’t have to back out of a space. Escape safely!  Call your insurance company and make certain you are being rewarded for being a woman driver.  And lobby your favorite mall to establish areas where trucks and larger vehicles must park. That will level the visual playing field and make parking lots safer for everyone.